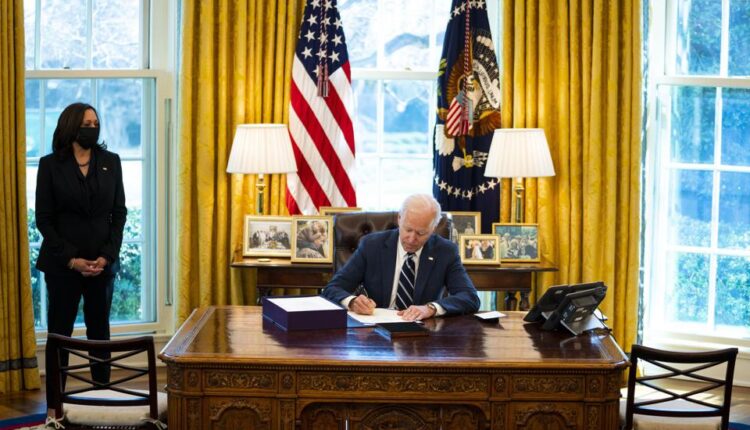 The American Rescue Plan Act (ARPA) 2021 was signed into law with much fanfare. Those seeking to use it to make themselves look good already have the spin machine working at full throttle. In fairness, the bill does pump a ton of government money into the economy. But it still does not address the fundamental problems caused by coronavirus restrictions and shutdowns.

Unfortunately, American politicians and consumers alike continue to think that government spending is the solution to every problem we face. We fail to correct our national mistakes because we refuse to look at the realities of making them. And all the while, we push the consequences of those mistakes on to future generations. Our kids and grandkids are going to have to deal with the fallout of spending some $6 trillion to keep the economy going over the last 12 months.

When you get right down to it, ARPA is nothing more than a spending bill. Washington’s entire solution for what ails the economy is spending money. Far too many Americans agree with the cynical government approach. They lack the economic literacy to understand that deficit spending is unsustainable. They have no idea that accepting stimulus payments today means taking money away from future generations who will ultimately pay for it through taxation.

What we refuse to accept is this: the fundamental crisis now facing our economy is not a lack of government spending. It is the inability of businesses to operate freely. By taking away that ability, the government has effectively prevented businesses from generating revenues by offering services, manufacturing products, etc.

Whenever business activities are restricted, economies suffer. History proves it time and again. Business is the economic engine that makes the world work. It always has been. Injecting government spending in the absence of business activity doesn’t work because the government does not generate revenue. It simply collects it.

From where does Washington get the money it wants to spend on ARPA? The same place Washington gets all its money: from businesses and workers. It is called taxation. Yet they cannot tax what is not being generated. That leaves politicians with no other choice but to approve deficit spending. And the only way to pull that off is to sell government bonds and print money.

No amount of government spending is going to get businesses up and running again. Deficit spending is not going to end social distancing requirements, restrictions on ‘nonessential’ businesses, mask mandates, et al. It is only going to provide cover for foundational problems government officials do not really want to solve.

It is no surprise that most of the media attention surrounding ARPA is focused on what the legislation gives to consumers. And give it does. In fact, ARPA is a gift rather than a real solution. Consider some of its most publicized provisions, as explained by a BenefitMall post from mid-February 2021:

In fairness, ARPA does include a few business provisions. But it only provides temporary funding to keep things going. ARPA does not allow businesses to get back to work. As such, it doesn’t address the fundamental problems.

Nations the world over have voluntarily inflicted harm on their economies to combat a virus with a survival rate in excess of 98%. The governments that lead those nations are now trying to cover it up with deficit spending. It will not work. Government money never addresses the fundamental problems politicians create.

How to Deal with Repayment Issues for Your Personal Loan

Buy Money Plant And Bring Lots Of Prosperity To Your Place