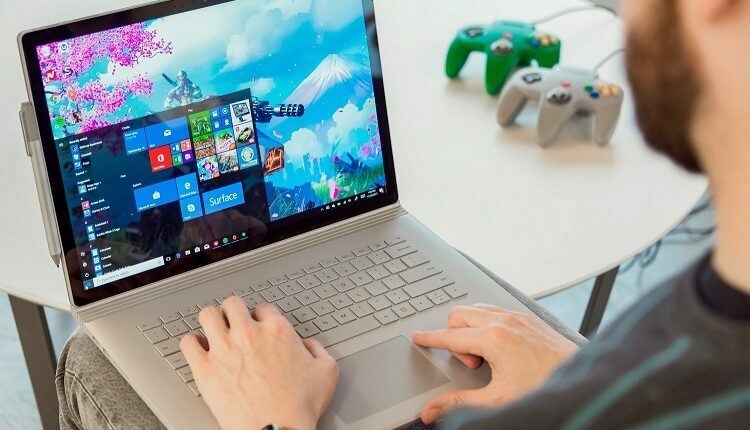 Laptop Comparisons: How to Choose Your Next Laptop

The worldwide laptop market is expected to be worth more than $108 billion by the year 2025. The COVID pandemic has led even more people to buy laptops now that they’re working from home and other remote locations.

If you’re in the market for a new laptop, it can be hard to decide which model is right for you. There are so many laptop comparisons on pickcheaplaptops.com to make that it can lead to “analysis paralysis.”

Let’s look at how to choose a laptop that will best suit your needs.

The first thing you’ll need to decide when you’re buying your next laptop is what platform you want to use. In other words, what operating system is best for you?

There are three major platforms to choose from — Windows, macOS, and Chrome OS.

Windows 10 is the current version of Microsoft’s venerable OS. Windows has the most support out of the three operating systems, with more laptop options to choose from.

Brands like Dell, HP, and the well reviewed Lenovo all use Windows 10 on their laptops.

Windows also runs the largest selection of apps out of the three alternatives. A lot of major applications like MS Office and the Adobe Creative Suite are available for Windows and macOS but more specialized apps tend to only support Windows.

And if your company uses any proprietary software internally, chances are it’s Windows-based.

Apple’s MacBook series of laptops run the macOS operating system. macOS has been around longer than Windows, in one form or another, but it never found the same level of support.

Most major applications are available for macOS as well as Windows and any web-based apps work the same on either OS. Apple’s reliability is one of the best in the industry so their laptops are a good choice if you don’t have to run Windows.

Chrome OS is Google’s operating system that powers Chromebook laptops. It works a little differently than Windows or macOS in that it’s mainly focused on web-based applications. Things like Google Apps that run in a browser work well on Chrome OS but there’s not nearly as much support for native applications.

The most recent versions can run Android software so some mobile apps will work with it. This isn’t necessarily by design though, so the apps don’t always scale well to the larger screens on these laptops.

Start With a Budget in Mind

Once you settle on a platform, the next step is to figure out your budget. You can find laptops that range from a couple of hundred dollars to several thousand so it’s a good idea to have at least a range of prices in mind.

There’s no point considering a $5,000 laptop if your budget is only $1,500, for example. And if you can reasonably spend $1,500 it’s best to skip the lowest-priced options since you’ll face a lot of trade-offs.

What Form-Factor is Best for Your Needs?

Traditional laptops all have a similar form factor — the keyboard and screen are attached with a hinge. You can adjust the angle of the screen but that’s really the only flexibility you have.

Over the last few years, convertible and 2 in 1 laptops design changed how people use laptops. These form factors let you use touchscreen-based laptops as a tablet, like Apple’s iPad.

Some 2-in-1 designs, like the Microsoft Surface Pro, have a detachable keyboard. Remove it and the device becomes a tablet computer. Click the keyboard back on and it’s back to being a full-featured laptop. You can check some awesome 2 in 1 laptops on best2in1laptops.com

Other laptops have a convertible design that lets you fold the keyboard around behind the display. This lets you use the laptop as a tablet even though the keyboard doesn’t detach.

What Size Laptop Do You Need?

Another important laptop criteria to consider is screen size, which affects the overall size of the computer.

Laptop displays generally range from 11 inches to 17 inches, with 13-inch and 15-inch screens being the most common. Which size is best depends on how you’ll use your laptop.

If it’s for gaming, video editing, or other graphics-intensive applications, a larger display makes your work easier. If you’re more concerned about portability and battery life, a smaller display will be more efficient.

It’s important to remember the display size will dictate the size and weight of your laptop. It might sound great to have a 15-inch or 17-inch screen to work with but those laptops are a lot bigger and heavier. Once you start packing it around, you may feel differently.

Ultraportable laptops are a specialized design that meets certain criteria from Intel. As you can guess from the name, these devices are built for portability.

If you want something as small as possible, this is the way to go but you’ll give up some things as well. The keyboard and mouse are smaller, the display is smaller, and the battery life may not be as good.

What Specifications Do You Need in Your Laptop?

Laptops have some unique criteria to consider but choosing one isn’t that much different than it is for a desktop computer. Many of the specifications are the same, including:

Laptops are less expandable than most desktop PCs so you need to be sure to spec it out to provide some headroom as your needs change over the next several years. Otherwise, you’ll end up having to replace it sooner than you might like.

Laptops use similar CPU chips to desktop PCs, such as Intel’s Core i3, i5, i7, and i9 series. There are specialized mobile versions of some of those processors, however, that use less power and create less heat.

The trade-off when choosing a CPU is more power versus longer battery life. A higher-performance processor will run your apps faster but it will also drain the battery faster. Decide which is more important to you before you start your search.

RAM is the memory where the operating system, apps, documents you’re working on, and other active processes get stored. More RAM lets you have more apps open at once and helps to speed up the overall performance of your laptop.

On a desktop PC, you can easily upgrade the RAM if you find your needs change in a year or two but many laptops don’t have that luxury. You may be stuck with whatever amount of RAM you start with.

The minimum amount you should consider is 8GB but 16GB or even 32GB is a better choice. Your laptop will be speedier and you’ll have plenty of RAM to support bigger and better updates to your favorite apps over the next few years.

There are two types of storage devices in laptops — SSD (solid-state drive) and HDD (hard disk drive). SSD is the better of the two, both for performance and reliability.

The only advantage HDD storage offers is the cost-per-gigabyte is lower, especially when you’re looking at larger capacities.

With cloud storage options like Dropbox and OneDrive, this isn’t as much of a concern as it once was. You can offload older files and information you don’t always need at your fingertips to the cloud to free up space on your laptop.

SSD storage is so much faster that it’s hard to justify saving a few dollars by choosing HDD instead. This should be a non-negotiable option when you’re looking for a new laptop.

Most laptop CPUs have built-in graphics. These graphics chips are fine for most applications, such as office apps and web apps.

They’re not up to running the 3D or VR (virtual reality) graphics in modern games though. If you’re going to use your laptop for serious gaming, make sure it has a fast graphics card (GPU) that can keep up.

If you’re a casual gamer or won’t be playing any games that push the graphics card to its limit, there’s no need to spend the extra money on a high-end GPU. You won’t see any benefits and it will shorten your battery life.

Take the Time to Do Some Thorough Laptop Comparisons

When you’re buying a new computer, it’s worth spending time doing some laptop comparisons to be sure you get the best model for your needs. But if you use the tips in this guide, it will help you narrow down the choices to a handful of laptops.

And it’s a lot easier to compare a handful than the entire laptop market.

Check out our Business Tech category for more helpful tips and tricks for getting the most out of the technology you use every day.

Alberto Wall is a business advisor who has a degree in business analysis from Howard University. He has been an entrepreneur for over 10 years and successfully started, grown, and sold multiple businesses.

The Best Printer and Copier for your Business

The Cost Of Downtime In Manufacturing

What Is PPC Outsourcing And How It Can Benefit Your Business

Are Online Courses Available for the Boeing 737 Max?